Home About Us Governor’s Award for Parks and Recreation

Governor’s Award for Parks and Recreation

Columbus and Franklin County Metro Parks’ Rocky Fork Metro Park is the winner of the 6th Annual Governor’s Award for Parks and Recreation, presented by Ohio Parks and Recreation Association. The award winner was announced and the award presented at the OPRA Annual Awards Dinner on February 2, 2016 at the Kalahari Convention Center in Sandusky.

“What a tremendous honor for Metro Parks to be recognized with the 2015 Governor’s Award for Parks and Recreation,” said Metro Parks Executive Director Tim Moloney. “This award is a high accolade for our park system and a fitting testament to the contributions that Metro Parks makes to the quality of life in Central Ohio.”

The Governor’s Award was established in 2010 to recognize the one park and recreation program or project that has had the most significant impact on quality of life in the preceding year.

“This is a magnificent 1,000 acre park in one of the fastest growing areas of the state. The investment by Metro Parks protects the five miles of streams and forty acres of wetlands located on this land for future generations,” said OPRA Executive Director Woody Woodward. “The partnership between Metro Parks, the cities of Columbus and New Albany and Plain Township further demonstrates that parks and recreation agencies are leaders in Ohio in the area of government collaboration.”

Officials from seven statewide organizations formed the voting panel for the 2015 award. They judged the program and project winners based on the following criteria:

In addition to the Governor’s Award trophy, Columbus and Franklin County Metro Parks received a proclamation from Ohio Governor John Kasich and a $500 contribution to their parks and recreation foundation.

Rocky Fork Metro Park was selected as the Governor’s Award as one of the award winners in 13 OPRA categories of excellence, Capital Improvements of $2.5 million and up.

Metro Parks had two other winners in the Programs – Environmental and Interpretive category (for the SEED program, Students Exploring Ecosystem Dynamics), and the Marketing Innovation category, for the traditional and digital marketing mix campaign for the Mud and Madness events. 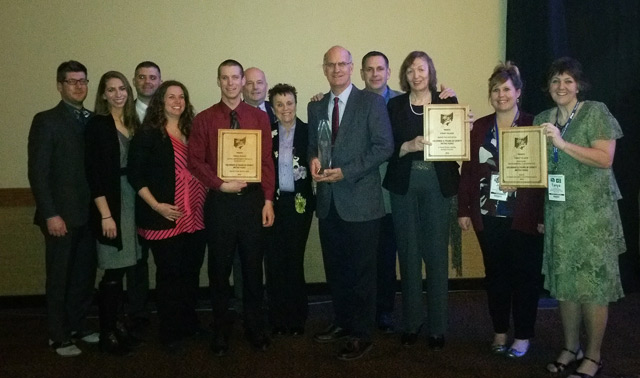