Home The Metro Parks Blog Butterflies of the Night

Butterflies get all the attention. They’re pretty, and they fly during the day when us fellow day-dwellers are likely to actually see them. Moths, on the other hand, are mostly nocturnal and often drab by comparison. But there are way more moths than butterflies in the world, and many are just as stunning as their butterfly brethren.

Moths and butterflies are really two sides of the same coin. There isn’t even a hard and fast rule to separate them, but the infographic I made provides some general guidelines. Of those rules, the one about the antennae is the most reliable. Butterflies have thin, filamentous antennae that are club-shaped at the end, while moth antennae are feathery or filamentous and unclubbed.

One exception to this rule that I know of in Ohio is the genus Hemaris, also known as hummingbird moths. Moths in this genus have clubbed antennae and are active during the day. Fortunately, they are very distinctive.

The pollination services of moths are invaluable. We think of butterflies as important pollinators, but consider this: there are at least eight species of moth for every species of butterfly.

Many plants are pollinated only by certain moths with which they have co-evolved. My favorite example of this is Darwin’s orchid and Morgan’s sphinx moth. Charles Darwin was studying insect pollination in January 1862 when he received a package containing his namesake orchid. Seeing the foot-long spur that forms the nectary of each flower, Darwin remarked, “Good heavens, what insect can suck it?” He then surmised the orchid was pollinated by an undiscovered moth with a proboscis of unprecedented length. That moth is Morgan’s sphinx moth, but it was not discovered until 21 years after Darwin’s death. Today, this postulated pollinator has become one of the celebrated predictions of evolution.

Moths also serve as an important food source for countless animals, including bats, birds and spiders. Silk moth caterpillars produce over 140,000 tons of silk each year, worth $250 million to the economy. And last but not least, to defend against hungry caterpillars, many plants produce chemicals that we use in our everyday lives. One such chemical is the most widely-consumed central nervous system stimulant—caffeine. So, next time you enjoy a nice, warm cup of coffee, thank moths.

Finding moths is easy; you can see dozens of species just by checking your porch light each night. However, serious “moth-ers” use additional methods like light trapping and sugar-baiting. Light trapping simply involves hanging a white sheet outside and illuminating it with ultraviolet or sodium-vapor bulbs.

Sugar-baiting targets moths that are attracted to sap or rotten fruit. It doesn’t yield as many moths as light trapping, but it could attract some that your sheet doesn’t. The idea is to create a fermented, sugary glop that can be painted on tree trunks (not decks or walls, as it can leave stains). Overripe or rotten fruit and beer or booze are usually used. The mixture I use is peeled baked bananas, flat beer, molasses, brown sugar, and a dash of yeast, aged for a few days to increase in potency.

Moths are numerous, diverse, and beautiful insects. July 22 to July 30 is National Moth Week, so get outside and find some moths. 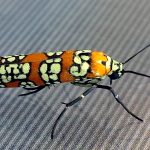 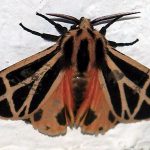 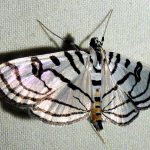 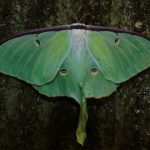