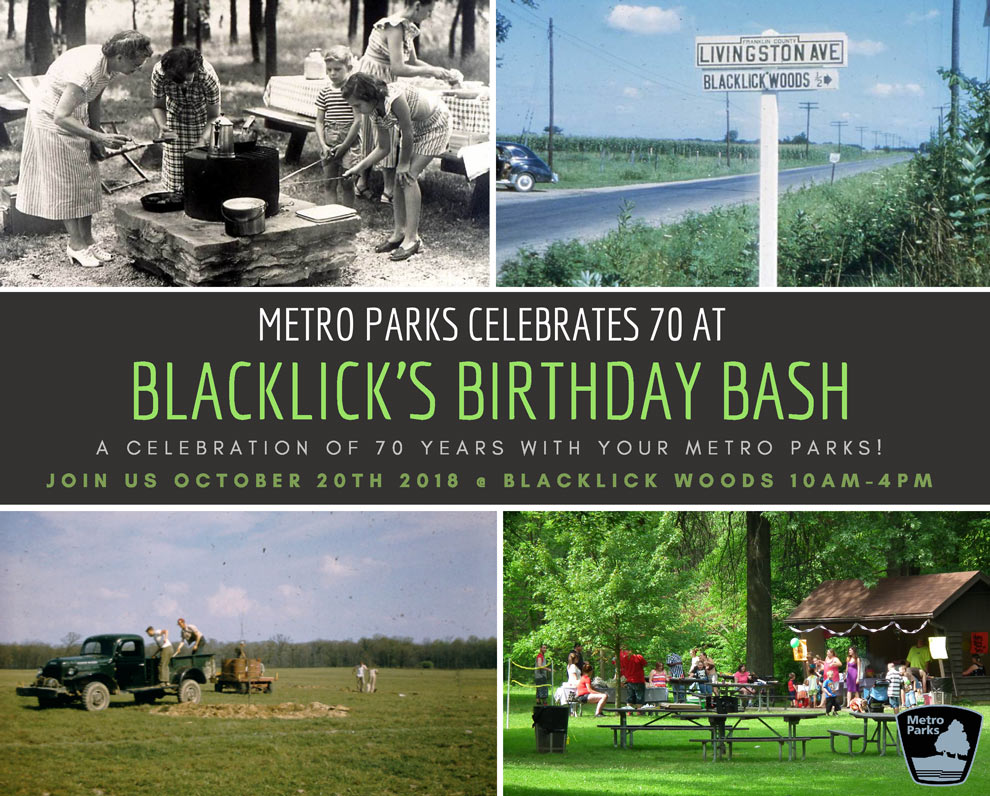 Metro Parks acquired 113 acres of land in 1948 that would become Blacklick Woods, the first Metro Park, paying $160 per acre for 100 acres and $142 per acre for 13 acres. Located in east Franklin County in Reynoldsburg, the land was a pristine beech maple forest that had largely avoided being converted for agricultural use. Since its opening in October, 70 years ago, Blacklick Woods has provided countless opportunities for millions of visitors to experience nature while protecting habitat for a variety of plants and animals.

I thought it would be fitting to look back on how the park has changed over the past seven decades.

There Goes the Neighborhood 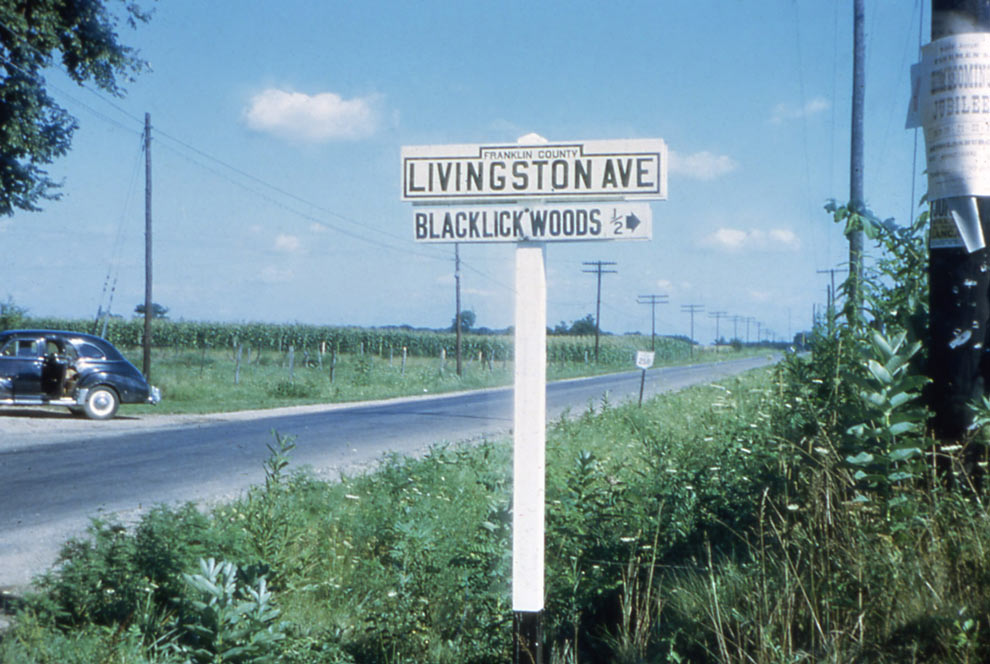 When the park first opened it was surrounded by woods and farm fields. Today, housing developments and the interstate encircle Blacklick Woods. 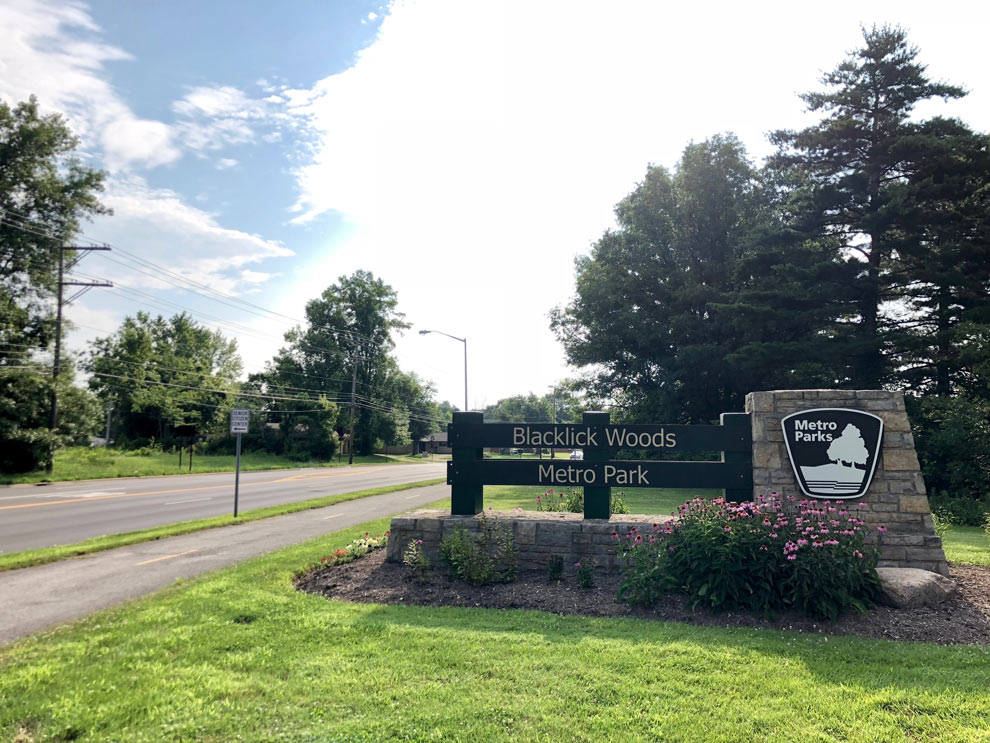 One of the biggest changes to happen to Blacklick Woods over the last 70 years is the surrounding land use. What started out as rural has since been absorbed by urban sprawl and turned into a more suburban landscape, with housing developments and shopping centers.

When Blacklick Woods opened in the late ‘40s, the citizens of Columbus were quite vocal in voicing their displeasure saying, “Who is going to drive all the way out there to go to a park?” Today, the park is surrounded by development.

As land use shifted from agriculture to more developed areas, the park district was able to acquire adjacent properties and expand to its current size of 643 acres. 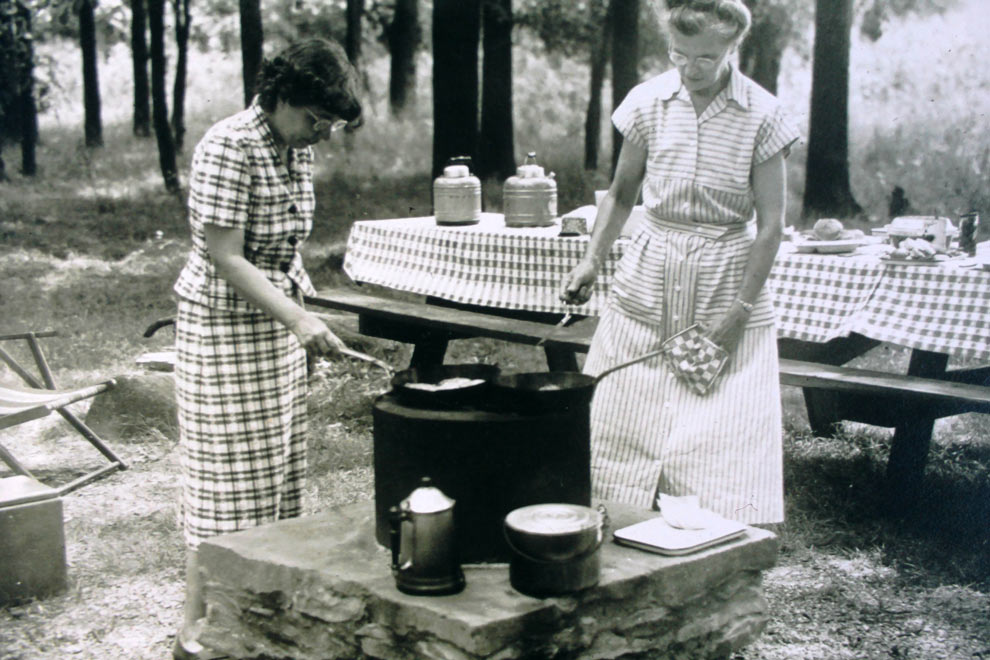 Although the clothing styles have changed over the decades, picnicking is as popular now as it was decades ago. 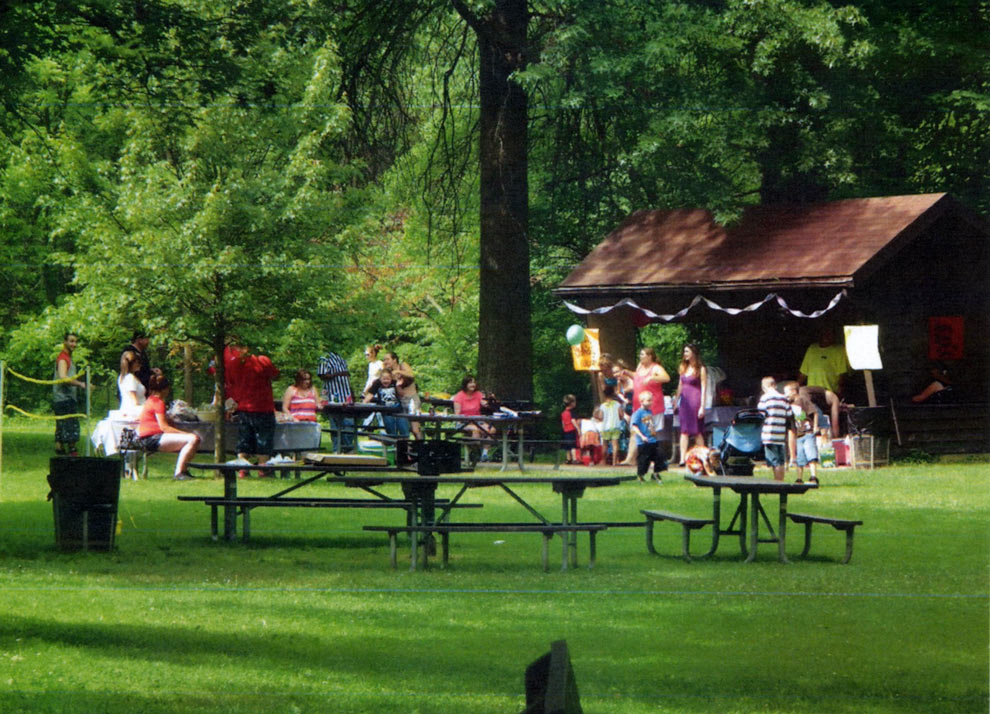 Picnicking remains just as popular today as it did in 1948, especially on weekends in the warmer months. Over the decades, people’s picnicking styles have changed. In the past, families would trek out to Blacklick Woods to spend the day, with a picnic being the highlight of the trip. Women wore dresses and men had on slacks and collared shirts. Families now gather in the park to picnic and play games or go on a hike. Today’s attire is much more casual and relaxed.

Have Fun and Learn Something, Too 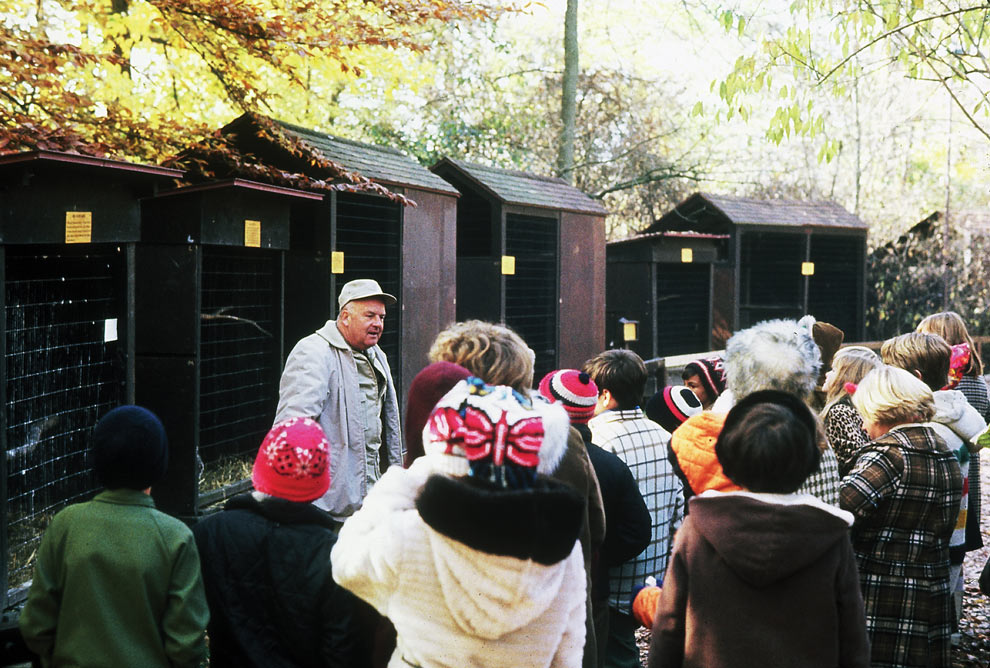 A popular stop to see wild animals during school field trips in the sixties and seventies was the park zoo. The nature center that replaced the zoo is a great place to explore and observe birds and other wildlife. 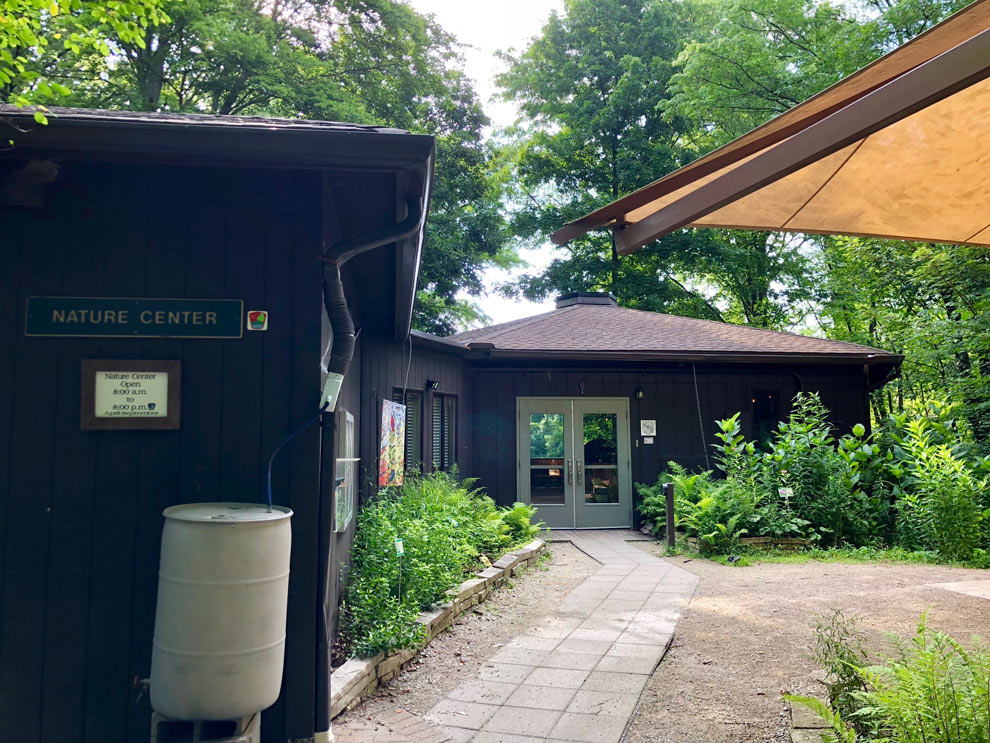 In the ‘60s and early ‘70s, one of the park’s highlights was a small zoo featuring deer, foxes, raccoons and other native wildlife. As Metro Parks’ philosophy began to change with the times, the zoo was dismantled and the animals were no longer on display. In the late ‘70s the nature center became a new place to visit and view captive animals. Today, the nature center houses captive reptiles, amphibians and fish, but no mammals. 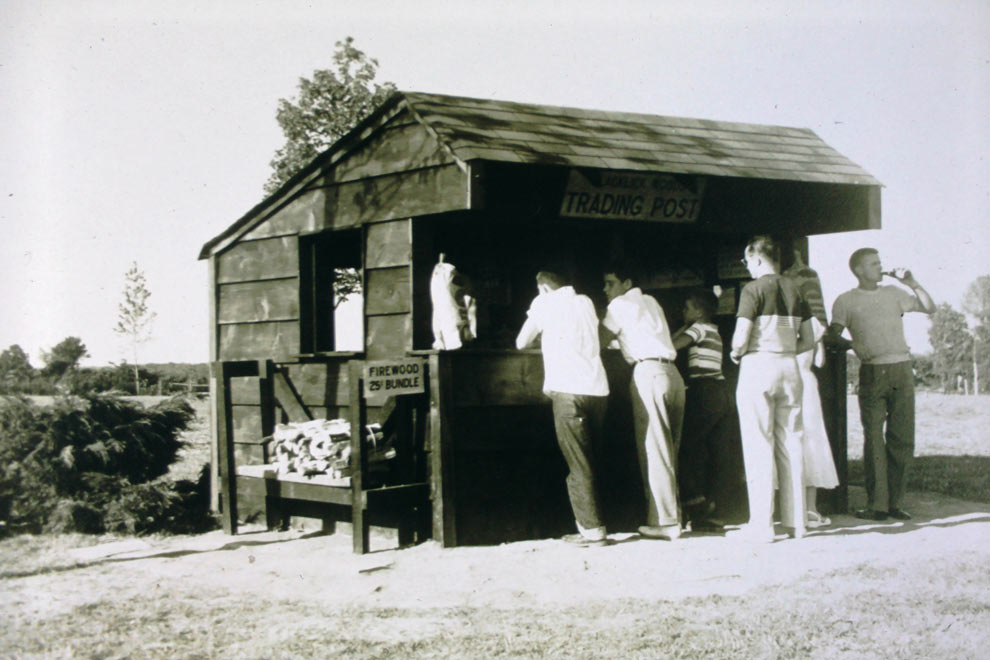 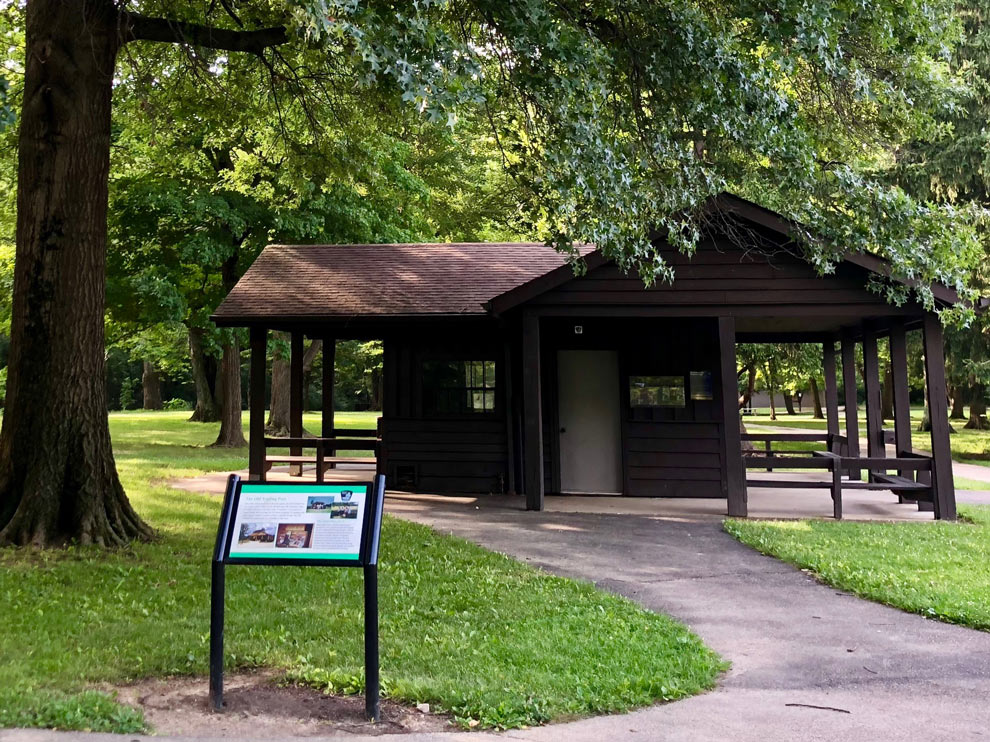 Park staff built and operated a trading post where picnickers could pick up supplies they may have forgotten to bring. This small shack is one of the oldest buildings still standing. While no goods are sold at the trading post today, it is still maintained for its historical value and for program use.

While the park may look a little different than it did 70 years ago, it’s still a great place to meet up with friends and family and enjoy nature. We hope to see you and your family on Saturday, Oct 20 (10am to 4pm) for the Big Birthday Bash, as we celebrate 70 years to the day with free fun-filled activities for people of all ages.

Tell us about your memories of Blacklick Woods at mediagroup@metroparks.net