If you visited a Metro Park this summer, you may have seen a group of high school students staining a deck or trimming alongside a trail. These students were part of a Metro Parks program called the Columbus City Schools Intern Initiative (CSI). Metro Parks hires Columbus City School high school students to work on maintenance crews that travel to different parks over the course of the summer. This year, 20 students worked as teams at a total of 14 different parks over the course of the 8-week program. These teams stained bridges, pruned and trimmed trails, worked on park cleanup, mulched playgrounds, resurfaced trails and much more. The term “many hands make light work” couldn’t be truer. The interns got to work directly with Metro Parks staff and learned what it’s like to be a maintenance technician in the parks. Several interns also had the opportunity to assist with Metro Parks day camps as camp counselors.

For some, this is their first job and interns learn valuable life skills and experience what it’s like to work in nature every day. Part of the program consists of mentoring, where a student selects and shadows a full-time Metro Parks employee. Mentoring allows the interns to learn more about different careers within the park system and what it’s like to work in an organization like Metro Parks. Interns also get a chance to practice interview techniques and learn tips on how to properly assemble a resume. On a personal development level, interns learn about personal finances, budgeting and saving for retirement. By the end of summer, many interns find a newfound respect for nature and the effort that goes into keeping Metro Parks looking good. In end of program surveys it’s not uncommon for interns to say they are never going to let their family and friends litter again, because they know what it’s like to be the ones picking litter up on a daily basis.

Metro Parks works directly with Columbus City Schools to hire the interns, starting our selection process in early February. CSI interns must be at least 16 years old and attend a Columbus City School to be part of the program. Oftentimes eligible interns choose to return for a second year in the program, as interns can participate until the summer after they graduate from high school. Many students choose to do this, saving up before they move on to bigger things in the next stage of their lives. Several CSI interns have been hired to seasonal, part-time and full-time positions within the parks, after they completed the CSI program. 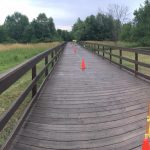 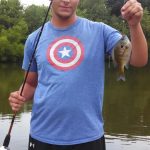 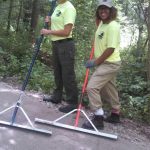 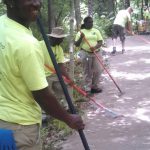 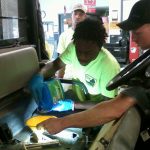