On a drab winter night, Scott Ballard, 49, contemplated what he would do for the rest of the year. He certainly didn’t want to spend it inside doing little or no physical activity. Scott was experiencing cabin fever and wanted to get back out in nature. After all, he had participated in Metro Parks’ Winter Hike series for more than six years and was usually active during the colder months. He missed the adventure. It was in that moment that he made the decision to join the 52 Hike Challenge.

“I’ve always enjoyed hiking in the past and I thought if I set a goal for myself, it would motivate me to get moving,” he said. “Metro Parks’ Winter Hikes motivated me to start the challenge, because I was too sedentary last winter.”

After some research, Scott found the 52 Hike Challenge online and thought it would be a fun way to get out and explore the parks. The Challenge is for participants who commit to hiking once a week for an entire year. Scott signed up late in 2016 and walked at three Metro Parks.

Scott fell more in love with the Metro Parks and soon created another challenge for himself. In addition to the 52 Hike Challenge, Scott vowed to hike or bike in all 19 Metro Parks as well.

His first hike was on the Beech, Maple and Buttonbush trails at Blacklick Woods. Scott made good on his vow and is currently working on his Metro Parks challenge. He recently completed the Buckeye, Monarch and Kestrel trails at Walnut Woods. He is seven months into his 52 Hike Challenge and has done 15 trails in Metro Parks.

While covering so many Metro Parks trails may seem daunting to some, Scott enjoyed every minute of it. “What I love about Metro Parks is that there’s a lot of diversity in the wildlife and scenery and that’s really cool and that makes it fun,” he said.

When asked about his favorite Metro Park, Scott didn’t hesitate. “Clear Creek,” he said. “There are a ton of trails, the river is nice and I love the moss and ferns.” Slate Run and the Living Historical Farm takes a close second. “It’s amazing to hike through the trails and then end up at the Farm, which takes you back to a different time.”

Scott still has several hikes left before he finishes the 52 Hike Challenge. Currently, he has done 32 hikes on various trails and hopes to finish the challenge by November.

He has planned at least four out-of-state hikes in South Dakota, South Carolina, West Virginia and Kentucky as he works towards completing the 52 Hike Challenge, but he is most looking forward to hiking the Badlands at Mt Rushmore in October and the Grand Canyon next July for his 50th birthday.

Good luck on all of your hikes, Scott. We’re cheering you on. 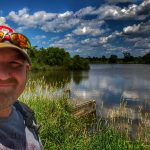 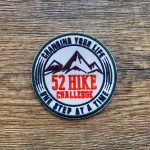 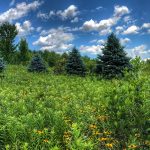 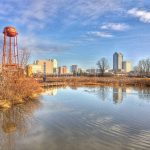